The World Should Boycott FOX 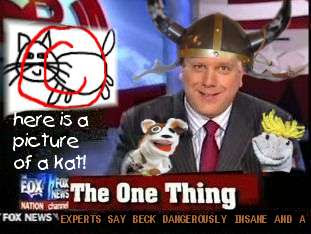 On August 28th , the day Emmett Till was lynch, the day W.E.B. DuBois died, the day of the March on Washington,the day then Senator Obama accepted his party's nomination as the Democratic nominee for President of the United States is the day of the start of the worldwide boycott on FOX. Pass it on.

On August 28th , the day Emmett Till was lynch, the day W.E.B. DuBois died, the day of the March on Washington,the day then Senator Obama accepted his party's nomination as the Democratic nominee for President of the United States is the day of the start of the worldwide boycott on FOX. Pass it on.


FOX has been totally disrespectful of black Americans ever since they first built their audience. They catered to their early African American audience with shows such as Roc, In Living Color, and The Wayans Brothers. After they pimped us and established themselves as a viable network, they screwed us.They they went after the people they valued the most , their white audience.They 90210 and Melrose Placed us off the air. The only shows you see with African Americans on FOX is COPS.

Then came their Cable news channel.Everything on FOX is the opposite of what Martin Luther King envisioned for America.Every woman and minority is a bigot.You can only trust white men. Freedom is Slavery. FOX was "1984"and Pink Floyd "The Wall" come to life.Then it got worse.

They tried to manipulate the press and the so-called MSM.No one called them on their outright lies.Astoturf groups and professional ratfu**ers like No Quarter, PUMA, The 9/12 Project and the "birthers" all had a home.Normal media felt that if they respond they would look like they were beholding to the left. People like George Stephanopoulis took their marching orders from Sean Hannity and ask question that Former President Carter never had to answer , like where was his flag pin?

Now it look like FOX is in the riot business.The overt promotion of anti-Obama propaganda has gotten worse.Today FOX had to issue a retraction to a commentary by Glenn Beck that the President is a racist.On their FOX Nation site the smear is that the health care bill is actually reparations. MR.MURDOCH ARE YOU TRYING TO GET BLACK PEOPLE IN AMERICA KILLED?

This is why a worldwide boycott of FOX is needed.No more newspapers. No more Wall Street Journal.No more movies.No more SKY TV.Make this sucker worldwide. Let people in other countries get in on it. Oreilly insulted France. Greg Gutfield insulted Canadian troops that died fighting side by side in OUR war.How much longer will we listen to their lies?

You may say can it work? The Montgomery boycott worked. It changed the nation as well as the world.Movie studios are losing money. They don't need a boycott at this point. If Rupert keep the racism up, we'll keep the boycott up.
Posted by kid at 7:42 AM

Just when I think that the FOX News Channel can't sink any lower, they reach a whole new depth. If I didn't see with my own eyes some of the stuff they've been pulling, I might not believe it.

Over at Diversity Ink, I just wrote about Glenn Beck's outrageous comments about President Obama. I hope you can check it out if you have a chance.

As a heads up, The Wayans Brothers was on the WB not FOX. :-) However, your point is well taken because I have said for years that in its early years FOX used black shows to build up its audience and then cast them aside in favor of Melrose Place and The X-Files.

thanks Malcolm I should have known that you know what channel the Wayans were on, but you understand what I was trying to say.

OK Kid
Im going help you bang your drum louder on this one, Glen Beck has lost his f**king mind!

Thanks lincolnperry, like George Clinton and James Brown said,"everything is on the one".You are officially part of the rhythm section, please don't tear up the percussion.