What can I say I couldn't find "Rhythm Killer".
Posted by kid at 3:27 AM No comments: Hey man we know that you have to fake the funk, but hey man slow your roll.
Posted by kid at 6:36 AM 3 comments:

To the east my brother to the east.Shout out to Snoop. Hey I'm interested in all side of a subject,but when an ex-CIA agent comes after you let me know how you feel.I just want everybody to be happy and be like a hobbit.Just chill out and don't hurt the next guy.George Clinton said in a song "everything is on the one".Unity and love that's what the world needs. You're not a "punk" for wanting those things.N-JOY your holiday. Later.
Posted by kid at 12:04 AM 2 comments:

BE WITH YOU-BOOTSY TRIBUTE TO ROGER TROUTMAN

VANISH IN OUR SLEEP -BOOTSY COLLINS

If you can't find anybody with this song, you're not playing it loud enough.
Posted by kid at 11:54 AM No comments:

Pigboy gets paid, next move BOYCOTT Rush Limbaugh is getting $400 million dollars for being a punk.Now I don't like Rush and we know how he feels about us "Magic Negro's"I guess it's on at E.I.B. his broadcasters.How do we go after Rush's owners , hey let's get Saudi's.Let's let the Saudi's know how anti-Islamic he is . Let them pull their money out of EIB, e,i e,i o.Another power move is to contact Ohio Secretary of State Jennifer Brunner and ask that she enforce to the fullest, prosecuting people like Oreilly and Limbaugh that comitted voter fraud.There are 1,800 people in Cuyahoga County that can get in on the ground floor of a class action lawsuit against pigboy. Let's see if they are more devoted to the all mighty dollar or pigboy.
Posted by kid at 7:31 AM 8 comments:

It appears that Fox News is losing viewership (this video outlines what's going on). I am not surprised, since Fox News is a network designed to do well in the post-911 world. That world was driven by fear and unAmerican assaults on our civil rights. It is only my hope that we can get out of this period and move to one that embraces the values on which our country was founded (other than that whole slavery thing).
I encourage everyone to be a part of the anti-Fox News campaigns being led by Your Black World, ColorofChange.org and Moveon.org. By working together, we can remind them that their behavior is not going to be acceptable. The campaign page for Your Black World contains direct phone numbers and email addresses for all of the producers of "The O'Reilly Factor", as well as the contacts for their corporate sponsors and the FCC.
Here's a great video on the topic that you might enjoy. Here is another article on money management for young people. One of our blog readers made a comment that I agree with 100%. He said , "The smartest slave on the plantation was not that house slave, and the smartest slave on the plantation was not the field slave. The smartest slave on the plantation was THE RUNAWAY SLAVE, since he was no longer on the plantation."
Let's manage our money, get our children educated, and teach ourselves to live without fear. Let's get ourselves off the plantation.
Posted by kid at 1:16 AM 4 comments:

Will Fox go after this foreigner? No he's white and rich.

On Monday a Texas jury let a guy go for killing two foreigners. On Fox they were describe as Two Columbian drug dealers.If these guys sold one joint they would have called them Columbian drug dealers.I guess in Texas its legal to shoot two black guys in the back stealing from someones else's house.The guys families can't sue because they have no rights since they weren't citizens.

On a lighter note a rich white foreigner allegedly commits murder and is spirited out of the U.S.Will Lou Dobbs go after him ? Will Bill Oreilly hunt this criminal down?

The article below is from cognitive contunity:


Saturday, June 28, 2008
All Serbian Students on Visas should go HOME!

Well, O.K. Fine, just one thing you
seem to be forgetting is all the
innocent Serbian students who should
be forced to return and forgo their
education in the US. No student belongs
in our colleges if the sending country
will aid and abet a alleged attempted
murderer.
Serbian students should be sent home
immediately if Serbia will not return
this man to stand trial.
Posted by kathy at 10:44 AM 2 comments
Labels: coward, Kovacevic, Serbia, student visas
Friday, June 27, 2008
Serbian Student Flees like the coward that he is.


Kovacevic, a 6-foot-9, 260-pound,
allegedly beat a much smaller fellow student
- Bryan Steinhauer, of Brooklyn.
His rich parents then post bail, he is somehow
issued a fake emergency passport and he flees
like the coward he is.
Posted by kid at 6:30 AM 3 comments: 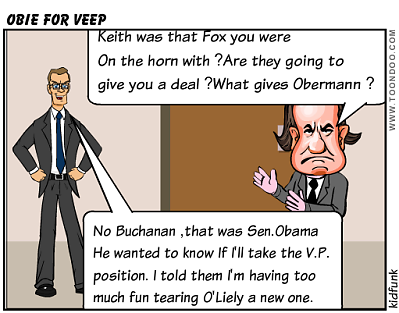 Sen.Obama,he'll do it .Try offering him some baseball tickets.
Posted by kid at 4:42 AM No comments: