Slavery is back in effect

Remember to set your clocks back 300 years 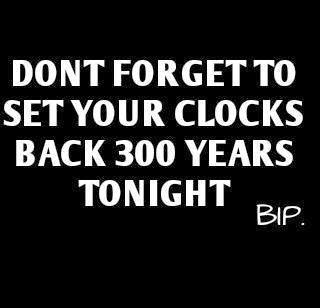 Notice that none of these people are connected with the community , but are paid Republican plants. These are the real poverty pimps. They complain about what the Democrats have done, but with all the voter suppression the Republiklans are doing they couldn’t voter for the Republiklan Party anyway. Yes things are getting worst in the Black community. That’s because whites are defunding the Black community. It’s easy for these people to Blame the POTUS, but if the President have done like Reagan he would have gotten in trouble. He could have had Republikan House member arrested and thrown in Leavenworth. He could have had the Tea Party shot and arrested when they brought guns to his Health Care rallies. Instead he acted like a gentleman and didn’t kill any of his fellow Americans no matter how much people such as Ted Nugent threatened to sodomized him with a gun and shoot him. If this POTUS would have acted like a Black version of Reagan, THE TEA PARTY WOULD HAVE SHOT HIM DEAD ! Now the reason why no money is reaching the inner city is because REPUBLIKLANS are taking the money out of the communities. Also remember Ronald Reagan put gangs, guns, and crack into minority communities. These Uncle tomming fools that are attacking the POTUS should go after Oliver North and all the others named in the movie “Kill the Messenger”. Remember Ronald Reagan’s administration “hired” Ricky “Freeway” Ross to put crack, guns, and gangs into the Black and Hispanic community. If these fools have any time they could go after the real people that are destroying their community ALEC, the RNC, and the GOP. Almost EVERY day Rush called the POTUS negro and boy, but these “brothers” won’t do anything to the Koch Brothers. These fools lives would be in danger if they walk up to the Vice Lords, P Stone Nation, Latin Kings, the Gangster Disciples or any or the other gangs in Chicago and blame their pain in life on the guy that is trying to help the rise. Remember this, what is worst for the community, a Black Republiklan or a gangbanger? A gangbanger usually stop destroying their community at some point, a Black Republiklan doesn’t.
Posted by kid at 11:27 PM No comments:

No explanation needed.
Posted by kid at 8:03 PM No comments:

Glenn Greenwald has just pissed off the Koch Brothers...again. Seems that they want to sue him for reporting exactly what they are doing, segregating the schools. Wake County, North Carolina has a new Koch approved school board that is voting for "community schools" and ending busing. In other words they want to send the poor back to their poor school and get a inferior education. It didn't work before Thurgood Marshall won the case in 1954 and no one is going to swallow "separate but equal" now. Why are the Koch Brothers, the Tea Baggers, and Americans for Prosperity trying to take the country back to the days of segregation? Union busting, eliminating collective barganing, ending the minimum wage, and now bringing segregation back. Is this what the Tea Party wanted when they said that they want their country back? Back to what, 1954?
Posted by kid at 9:59 AM 23 comments: 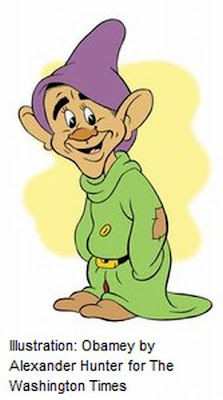 The producer of the Mockumentary C.S.A. has something new,it's called Afterbirth; a spoof of Donald Trump looking for the POTUS birth certificate. Already on some Republiklan sites they are claiming that this is real. A four yoar old can tell that it's not authentic. It just goes to show you how dumb and gullible Tea Baggers are. People still belieeve that the POTUS was born in Kenya during the Mau Mau rebellion when blacks were shot for any slight. How could a Black Kenyan have his white wife give birth while the British were rounding up and killing Militant Black Kenyans. A Black guy with a White wife would have been arrested or killed. The Southern Stragety is stronger than tolerance in America.

Looks like it's happening again. The right is going on a hunt for people to dog out the POTUS. On several racist websites this was posted. He's getting love from Glenn Beck, Michelle Malkin and all the other Tea Baggers. Well I guess Amy Holmes is in good company with Felonious Munk at The Blaze. BTW, does Beck call his site that because of the way he likes his cross? This guy says he's a comedian, well he's won't get any work in a black club and white racist will hate him because he's black. Maybe he should learn about finance and learn that when a bunch of Tea Baggers and the Republican Party sandbag a Democratic President, this is what happens to the economy. Even Standard and Poor says it was the Republicans fault. Don't spend all of your thirty pieces of silver in one place.
Posted by kid at 10:00 PM 10 comments: