How much do they hate him? 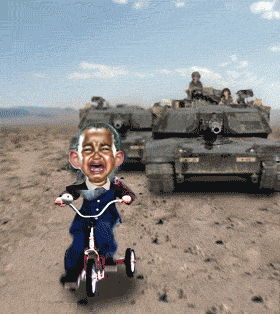 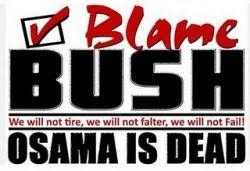 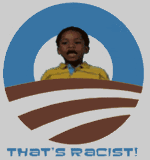 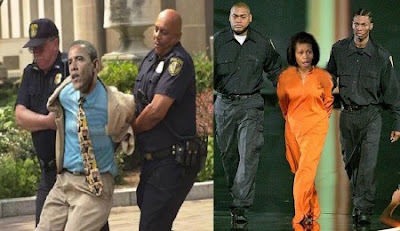 For awhile a little troll has been running around to different sites posting my site address. I wouldn't mind if BOISBS would be man enough to have a site of his own so I could go there and comment. Many of the Blogs he visit are either white supremacist or anti-Muslim sites. I have wondered if anyone could reason with them. Some of the people on these are of course being paid to say these nasty things, others are that bigoted.

This is from the blog Bare Naked Islam:

BO IS BS
May 10, 2011 at 12:12 PM
Amen to that, This whole event stunk from “go”. The timing, the announcement, the quick Muslim burial, the victory laps from the White House, and Obama’s complete lack of dignity and humility in the last nine days, including the release of the so called birth certificate. makes me sick to my stomach.
And they call anyone who dares to disbelieve a racist conservative right wing nut.
Take a look at this blog and tell me who the racists are.

ModusAnonymous
May 10, 2011 at 1:51 PM
Obama is so full of shit that it pours from his lips every time he speaks.There’s the official narrative of the raid, which has already gone through more versions than the Star Wars movies.
First Bin Laden had a gun; then he didn’t.
He hid behind one of his wives, who was killed; wait, no, scratch that, she’s alive and wasn’t his wife. Maybe?
Now Leon Panetta says he and President Obama didn’t actually see the whole thing go down, after the White House made a point of releasing that instantly iconic picture of the whole gang watching it go down.

May 14, 2011 at 5:41 PM
BOISBS I would say that the racist is you and the rest of the bigots that post here. You do know that al-Qaeda has put a “hit” on the POTUS Step-Grandmother? Also bin Laden has in his journal has said that their main purpose should be going after the POTUS. I’m not a traitor like you. I know that it was Ronald Reagan’s al-Qaeda that struck the United States, not all Muslims. It was Reagan’s Salafist not Sufis, not Shiites, not all Sunis. It was Ronald Reagan’s specially trained al-Qaeda. This stuff here isn’t going to help SEAL Team Six or the rest of the troops. Do anyone here LIKE the troops? It sure don’t seem like it. THIS IS PUTTING THEIR LIVES IN DANGER.
But I guess being a bigot is more important than being American. Burning Korans and ridiculing their religion GETS THEM MORE RECRUITS!

I wouldn't even waste my time with those freaks. They steal almost all their talking points from other racist, hate-filled sites, and Boy is BS can't even type a coherent sentence. Notice how many dedicated Anti-Obama's have followed him? I dare them to come. They will have to sift through their own bullshit when it gets thrown back at them.

It's not groupthink, some of these fools are being paid to do this. No one is that damn dumb. What's funny is that some of the sites on their blogroll are sockpuppets. One is called Black Republican Women or something. The people on the site would make comments like "I'm never voting for someone because of their race again". It's just too phoney.

I looked at that phony "Black Republican Women" blog a while ago. First of all whoever set it up stole a photo off of the internet and pretends that the woman pictured in the profile is the blog host. Take a look.

Read the url address. Ms. Donyelle Jones was a contestant on So You Think You Can Dance.

Next, whoever is faking the blog stole text from a site on the internet--IOW plagiarized it--because the person who set this blog up doesn't have the intellect to do his/her own writing. LOL!

"...how can you explain Obama continuing on bashing Capitalism and the Free Market and trashing Big Banks who are successful and who have paid back tarp with interest while exempting unions and special interest groups; Obama is the most anti-business and anti-american and anti-prosperity president we have ever had; he bashes wall street and the banks but fails to mention the corruption of Fannie and Freddie by Barney Frank, Chris Dodd, Franklin Raines, Maxine Waters, while accepting big bucks from these democrat slush fund derivatives; what a hypocrite! "

And here's where it was copied and pasted from:


"Why in the world would we need another stimulus when Obama’s first one was so successful!; what happened to all of those jobs it was supposed to yield? If it worked so well, why would you need another one? This admin is insane; calling for a spending freeze while jacking up the debt another 1.9 trillion dollars and exempting medicare, social security, etc from those cuts; how about setting the example and take those leftover unspent stimulus dollars and the tarp funds and use them to pay down the national debt instead of creating yet another government entitlement program; now that would be a new idea that would actually work; of course, it won’t be done because blaming others is so much easier than accepting any blame; if obama really was serious about jobs, why does he not have people with successful business backgrounds on his advisory committees; this admin is CLUELESS or else how can you explain Obama continuing on bashing Capitalism and the Free Market and trashing Big Banks who are successful and who have paid back tarp with interest while exempting unions and special interest groups; obama is the most anti-business and anti-american and anti-prosperity president we have ever had; he bashes wall street and the banks but fails to mention the CORRUPTION OF FANNIE AND FREDDIE BY BARNEY FRANK, CHRIS DODD, FRANKLIN RAINES, JIM JOHNSON, MAXINE WATERS, WHILE ACCEPTING BIG BUCKS FROM THESE DEMOCRAT SLUSH FUND DERIVATIVES; WHAT A HYPOCRIT!"

Here's the site it was plagiarized from.

Scroll down to "susan neal" and see for yourself.

This is a fraud I and others uncovered last fall. You "friend" tha malcontent plagiarized his posts as well in the past [don't know if he's still cheating], and he has allowed people who plagiarize to comment on his blog--Snappy Dan was just one example.

Don't waste time with these losers. They can't come up with their own ideas and arguments, so they steal other people's and pass them off as their own.

They're too stupid to know how easily their fraud is detected.

They don't have an original bone in their heads.

Here's an article on people like BOIBS and "Freedom Fighter":

HE IS TRULY A FIGHTER AGAINST FREEDOM! Makes me WRETCH!

BTW, kid, in answer to your question, "How much do they hate him?"

The more Mr. Obama succeeds and his ratings improve, the more vitriolic their hatred. If they're spreading these vile pictures around, that means they're pooping green bricks over the fact that President Obama is doing well.

This is all they can do because they are essentially powerless.

The right is starting to get sloppy. One site has "Gays Against Obama" and the site is anti-Semitic. On the "Jews Against Obama" site they're Homophobic. Soon the people on the right will take notice.

If I wipe clean, can I remove you from my morning constitution?

Sad thing is, he actually sat down and thought, "This is important enough to long on and share with these people whom I cannot stand myself, and cannot stand me. I know I am not smart enough to ever come up with anything remotely of substance to change one of their opinions or outlooks on anything political, so I will share this instead. It IS THAT important!" This consumes his sad little type A life. Hate.