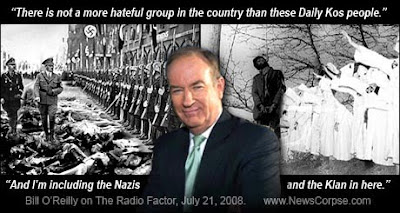 How is it that people can be so blind?Sometimes people see thing and they will acknowledge that it is not there.

It seems as if lately whites are claiming that this is a post racial society and racism doesn't exist.At many townhalls for health care, people have been bringing out racist signs out of the President. They disrupt the townhall and have caused violence. Some agitators have told people to bring their guns.Fox have told their audience that this didn't happen and that ACORN and the unions are doing this under the orders of the President.Blame the victim.Sean Hannity and Mark Stein have said that if anyone gets hurt it's the President's fault.Accuse him of using the race card and call him a commie.

"One of the first riots he investigated was that of October 1919 in Elaine, Arkansas, where more than 200 sharecropper farmers had been killed by white vigilantes and Federal troops in Phillips County."

The only way people found out about this was that Walter White of the NAACP a guy who could pass for white documented it.Many of the white newspapers said it didn't happen.

In the early 1940's in Los Angeles you had a race riot called the "Zoot Suit" riot,where Hispanic, Filipino, and black Zoot Suiters were beaten by white servicemen.

"Marching through the streets of downtown Los Angeles, a mob of several thousand soldiers, sailors, and civilians, proceeded to beat up every zoot suiter they could find. Pushing its way into the important motion picture theaters, the mob ordered the management to turn on the house lights and then ran up and down the aisles dragging Mexicans out of their seats. Streetcars were halted while Mexicans, and some Filipinos and Negroes, were jerked from their seats, pushed into the streets and beaten with a sadistic frenzy."[4]"

"The local press lauded the attacks by the servicemen, describing the assaults as having a "cleansing effect" that were ridding Los Angeles of "miscreants" and "hoodlums."[5] The Los Angeles City Council issued an ordinance banning the wearing of "zoot suits" after Councilman Norris Nelson stated "The zoot suit has become a badge of hoodlumism". Sailors and Marines had initially targeted only pachucos, but African-Americans in Zoot Suits were also victimized in the Central Avenue corridor area. This escalation compelled the Navy and Marine Corps command staffs to intervene on June 7; confining sailors and Marines to barracks and declaring Los Angeles as off-limits to all military personnel with enforcement by U.S. Navy Shore Patrol personnel. However their official position remained that their men were acting in self defense.[3]"

"A week later, First Lady Eleanor Roosevelt described the riots, which the local press had largely attributed to criminal actions by the Mexican American community, as having actually been "race riots" rooted in long-term discrimination against Mexican-Americans. This led to an outraged response from the Los Angeles Times, which printed an editorial, the following day, in which it accused Mrs. Roosevelt of having communist leanings and stirring "race discord".[6]"

Most of the newspapers that lied about the story were owned by William Randolf Hearst.All the papers had to do was accuse the other side of using race and call them a commie,history repeating itself.
Posted by kid at 4:59 AM

hey kid, saw your message about Town Halls- can you tell me more about the Sherrod Brown Town Hall.

Sharrod is in Columbus I think.You can find out on Baracks Organizing for America site. I seen the schedule somewhere on Daily Kos.

I got to check in with my mother. She might go to Marcia Fudge's , I hope not, not without me or someone.They are sending plants to start stuff. She was in nursing and she usually go to these with my aunt.