What Happens to a Dream Deferred ? Langston Hughes 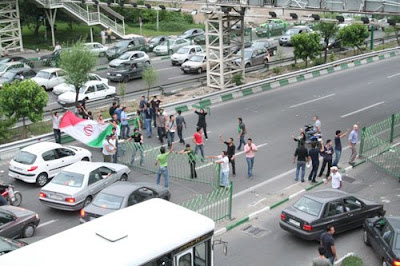 What happens to a dream deferred?

Or does it explode?

A dream deferred,EXPLODES !After these Iranian citizens voted in their election,Admadinjad won. He did come in third but he thinks he the George Bush of Iran.First place got about 19 million votes,Admadinjad about 5 million.
Posted by kid at 3:08 AM

You picked the most beautiful poetry to go with this post.

"The George Bush of Iran" that is good!

I loved the poem kid picked out too. It was perfect.