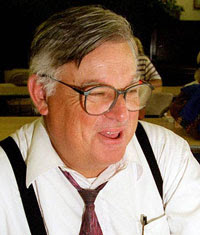 Matt Coker From the OCWeekly:

The Rev. Wiley Drake, last heard from praying for President Barack Obama's death, leads the list of Orange Countains who have stepped up to lead the "Official Tax Day TEA Party" in their communities on July 4.

TEA stands for Taxed Enough Already, by the way.

Peltier is known as "the 12-year-old genius Wiz Kid" host on an internet talk radio show that covers "the financial world, political world and sports world, with a Christian, conservative viewpoint."

A Connie Lee of Mission Viejo has turned up in Spencer Kornhaber's Weekly coverage of the move to recall that city's Mayor Pro Tem Lance MacLean.

When FM radio station KZLA switched from country music to pop with beat-heavy R&B and dance tunes in August 2006 by following a Keith Urban song with a Black Eyed Peas anthem, a then 53-year-old Ruth Rogers of Mission Viejo told the LA Times: "I almost threw up, I was so upset. I think it's racist. This is becoming a nation of minorities. I'm not going to turn on my radio anymore. Country music promotes patriotism and family values, and they've replaced it with something that just promotes money and hate."
Posted by kid at 6:07 PM