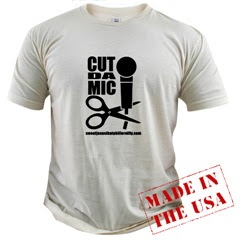 Coward Glenn Beck is getting comfortable at Fox. He's using Bill Oreilly's interview techniques. He's cutting the mic.Yes he was called out for his bull and he had the mic cut and threw the guy off the air.But people still believe that FOX is fair and balanced. It's censorship plain and simple.On some site people have taken this film and said that Glenn revealed him as a racist and chased him away.

Why is it that when a white person comes to the defense of a minority Fox's Fools always call them a racist ? Now when they're a bigot like Dog the Bigot Hunter or Hal Turner nothing is said.

OH BTW, Glenn is going on a comedy tour(that's not a joke) . Now Klannity wanted hecklers to boycott Jeanine Garafalo show in Boston by paying for it. Now I don't recommend that you do that for Glenn. Ask for Comp ticket, you will get them. That way you don't have to give Glenn a damn thin dime.You can heckle him for free.

Another thing you can do is call Burger King and tell them to boycott Fox. Glenn slandered the company on his show.He said that Burger King was as crooked as ACORN.This stuff needs to be stopped right now.
Posted by kid at 2:45 AM

Sad thing is I see alot of talented homeless and unemployed brothas walking the street, and some brothers are mediocre as well!

But they are not allow the breaks and opportunities that a sorry ass white boy like Glenn Beck gets to espouse his race tainted bulls**t!

He tried that with Chris Darden, and wasnt up to the intellectual challenge, and back down!

Sean Hannity got his job by walking into a racist radio host show off the street and got the job.Tom Joyner got his radio job by being in The Commodores.One worked and the other just walked through life.But Sean always complains of "reverse descrimination."

In the words of MasterCard...priceless! Simply amazing!

Hey linc, didn't you have a blog at one time ?

Still do...diatribe of angry blackman, been a little slack on my analysis, my internet access is limited during the day!