Some people just don't get it

This is from a conservation I had with The Black Sphere a.k.a Kevin Jackson after I notified him of what J.J. Solari said about him .I will put this on Daily Kos so that someone will arrest J.J. Kevin doesn't get this , this guy wants to kill people .Below is the exact photo and article from J.J. site . Warning he has pornography on his site

I'll pray for you brother ,seriously. You don't get it . I grew up around these people .These are the people that go to tea parties .They are the ones that bring the guns .They have no respect for you .When I was a kid they bombed my school, the name of the school Martin Luther King in Cleveland.This wasn't in the twenties or the thirties .

@kid - I get it, dude. If you think that I'm obtuse, you would be wrong. I think you can read between the lines on me. I appreciate your message, but you need to play chess not checkers and know what I am doing. Don't worry about the JJ Solari's. If he is a punk who says what he thinks I want to hear, then goes to his site and calls me a nigger, then the joke's on him! I'm not a nigger, because what he is doing is what a nigger would do! LOL! HE is getting punked. He is getting people to see what I TRULY think about the world, and believe it or not, they are changing their minds about what they have been taught to believe. Eventually they would see his ignorance. So just chill. I know what I'm doing, and understand that I don't try to regulate what others think. I can't control it. At one point I had Aryan Nation people monitoring my site. I chuckled, because I KNEW it was blowing their minds. They didn't invite me to rallys, but it made them think.

So if JJ is as you say, fine. Do you think he is affecting me in any way? Do you think HIS ideas are "tricking" me?! LMBO. 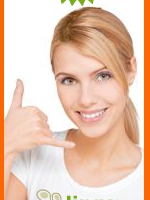 White People Who Need To Die by J.J. Solari

White people who make the above hand gesture should be killed. It means that their contribution to the gene pool has sunk to a level below that of an algae aglutinate at the bottom of a Muslim toilet. When a white person makes this gesture it means that he has taken whatever intelligence he might have had and seared it into useless charcoal through an intentional act of will. The FIRST time a nigger did it - and it was first done by a nigger - it was kind of interesting. The trillionth time a nigger did it it was just another example of "well, they're niggers, whattaya gonna do." But the trillionth time a WHITE person did it, then it was time to start killing. You'll notice I am not recommending the killing of NIGGERS for doing this. Just white people. Hey, call me a racist.
Posted by kid at 5:02 AM

I have just looked at JJ Solari's blog. He is a miserable, sick bastard and his soul is going to hell.

Tim , don't mess with him. 5-0 will talk to him soon.Thanks for being my friend .I really mean it . I'm sorry that I haven't been there for you .